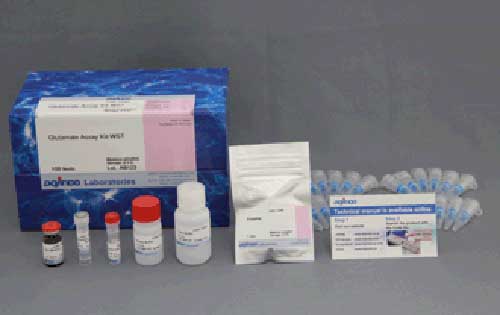 Glutamate is an important neurotransmitter that contributes to the biosynthesis of protein and glutathione. An excess of glutamate is considered to be a cause of neurodegenerative disorders, including Alzheimer’s disease. A recent study showed that an iron-dependent cell death called “ferroptosis” is induced by inhibition of cystine/glutamate antiporter (xCT) responsible for cystine uptake and glutamate release. As such, cancer research which targets xCT has also been conducted in recent years.
Our Glutamate Assay Kit-WST is designed to quantify glutamate as a metabolite. This kit allows you to quantify glutamate present in culture medium or intracellular glutamate by WST reduction reaction. The lowest concentration of glutamate which can be quantified is 5 μmol/l. This kit can be used with 96-well microplates, which makes it possible to analyze multiple specimens.

The kit is used to detect Glutamate in cell culture medium by measuring the absorbance of WST formazan produced according to quantities of glutamate. The kit includes a “Glutamate Standard” which can be used to quantify the concentration of lactate found within samples by creating standard curve.

Procedures are so easy that you simply incubate the plate after the addition of culture supernatant or tissue/cell lysates prior to adding a reagent. 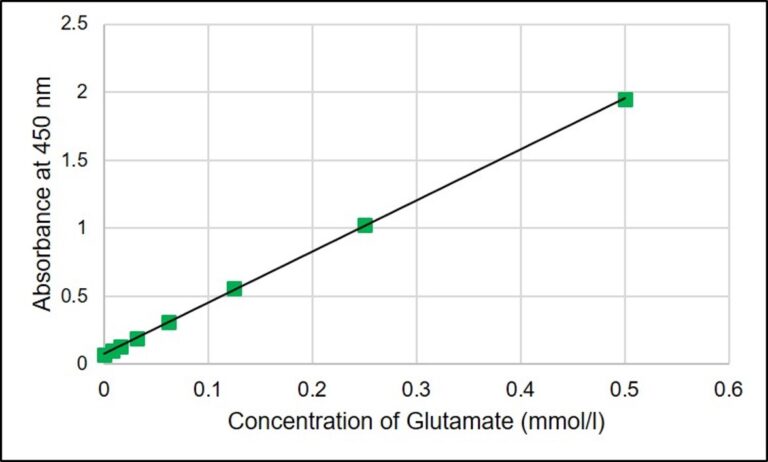 Example of Measurements of Glutamine/Glutamate level

Example of Measurements of Glutamine/Glutamate level in Ferroptosis research

It is known that an iron-dependent cell death called “ferroptosis” is induced when xCT is inhibited by elastin treatment. The amounts of glutamate release and intracellular glutathione were measured by using the elastin-treated A549 cells. As a result, the amount of glutamate release was decreased in the elastin-treated A549 cells, and the amount of intracellular glutathione was decreased by inhibiting cystine uptake. 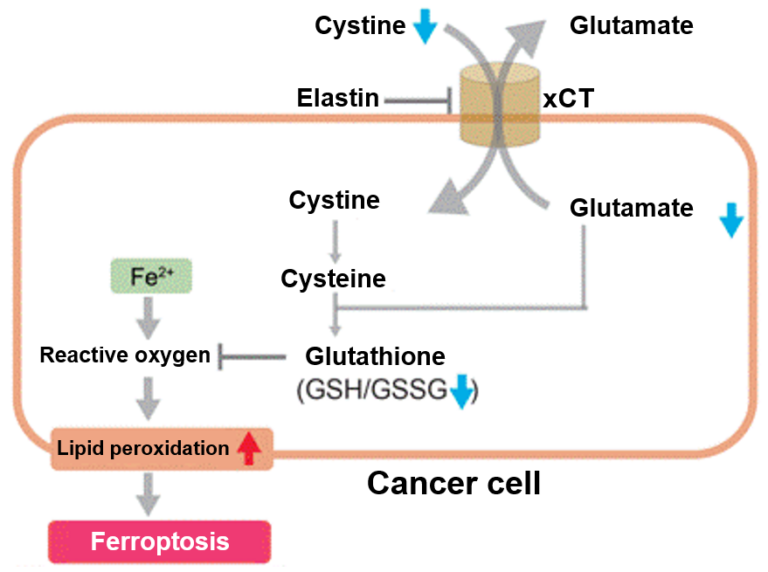