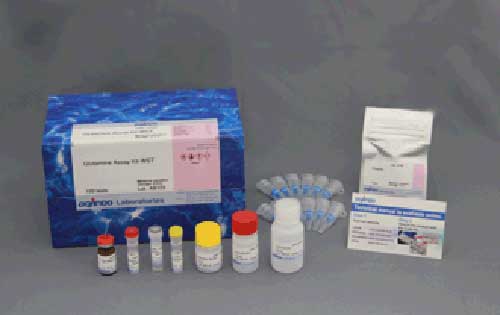 Glutamine, a source of α-ketoglutarate (one of the tricarboxylic acid (TCA) cycle intermediates), is an important substance used for energy production and the syntheses of nucleic acids and other amino acids. Glutaminolysis, the process by which glutamine as a substrate is converted to α-ketoglutarate, is upregulated in cancer cells. A study reports that glutaminolysis has largely contributed to scavenging of reactive oxygen species and reduction of oxidized glutathione.
The Glutamine Assay Kit-WST can quantify glutamine, a substrate of energy metabolism. Our Glutamine Assay Kit-WST is designed to quantify glutamine as a metabolite. This kit allows you to quantify glutamine present in culture medium or intracellular glutamine by WST reduction reaction. The lowest concentration of glutamine which can be quantified is 5 μmol/l. This kit can be used with 96-well microplates, which makes it possible to analyze multiple specimens.

The kit is used to detect Glutamine in cell culture medium by measuring the absorbance of WST formazan produced according to quantities of glutamine. The kit includes a “Glutamine Standard” which can be used to quantify the concentration of lactate found within samples by creating standard curve. 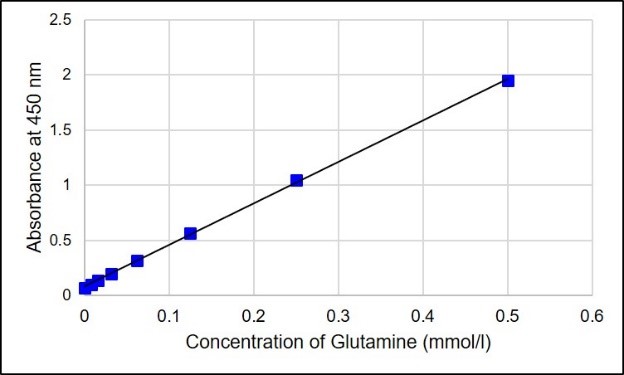 Example of Measurements of Glutamine/Glutamate level 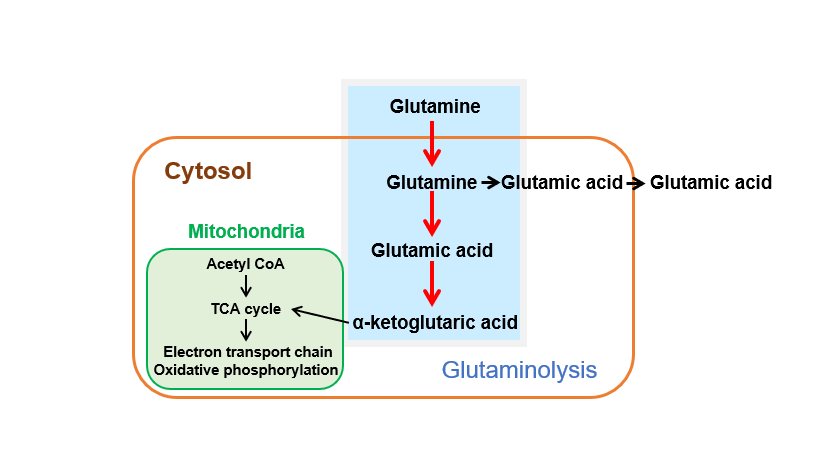